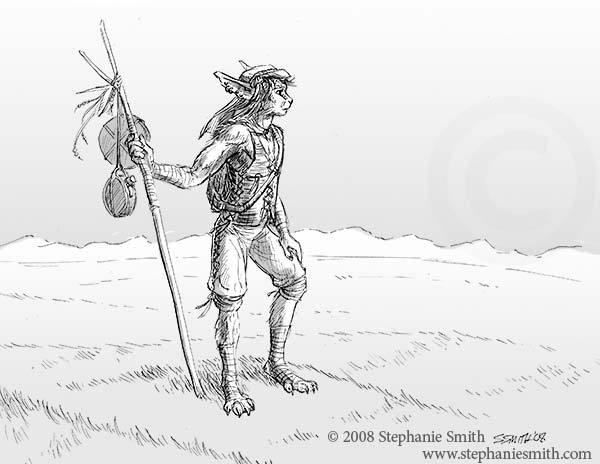 There are so many ways to interpret this week’s Illustration Friday topic, but my mind immediately went to this character. He’s based on a side character from a big story I’ve been thinking of off-and-on… actually, this guy looks a little too young to be my character, so I guess it’s really one of his tribesmen. Click to enlarge, and see the detail below.

The Plainstriders live nomadic lives in vast grasslands. Smallish tribes wander the plains, foraging and hunting as they go, following the turning seasons. They have very little contact with the outside world, aside from occasional encounters with other tribes of their kind; most of these encounters are peaceful, but some are not. A very important role in the tribe is the long scout, like this fellow, who travels far ahead of the tribe to make sure of the route so they don’t end up bringing their families straight into trouble. 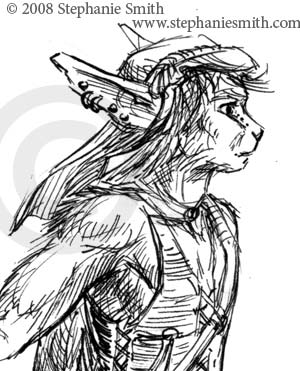 I really should have pulled out the old sketchbooks for this one, because I remember having worked out the anatomy of the legs into something I liked but it’s been so long since I’ve tried to draw him that I feel I made a bit of a mess of it here  a little too human-looking. I used up all my drawing time on that so no colors for now. Inked (rather quickly) with Micron markers on 9×11-inch smooth bristol.