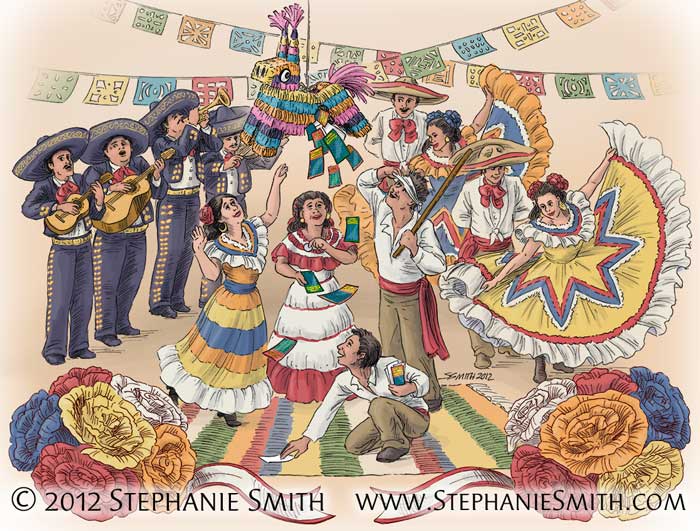 Wow, I thought I’d updated this blog at least once since the new year. All the more reason for a little fiesta to kick things off again! And on Cinco de Mayo, one of those holidays which has outgrown its origins, but what better excuse for a party?

This is another client piece I produced for Cactus to promote scratch-off tickets for the Colorado Lottery. I’ve missed posting a few of the holidays, so I’ll be playing a bit of catch-up. The project is almost done and I confess I’ll miss it. This was a fun one.

The Cinco de Mayo art is a bit brighter and more colorful than the rest, partly keying off of the traditional costumes and decor, and partly because it’s one of the few holidays on my list that doesn’t come from the Victorian visual tradition the rest of them do. We played around with the idea of making this art in a more graphic style reminiscent of Mexican poster art, but ultimately decided on greater consistency with the rest of the series.