Denver kicked my butt last week. And all I can say is “thank you.”

I had an awesome time attending the InHowse Designer Conference in Denver, and it has left me visually and conceptually recharged. Overcharged, in some ways, since I’m still mulling over things I saw and heard. I attended some excellent speakers on various topics about design process and developed a minor hand cramp from taking notes. I’ll be typing up my notes soon so I’ll be able to comprehend them later. While there, I was able to meet up with some old friends and make some new friends, and had a wonderful time hanging out with all of you at InHowse and across the street at the How Conference. The photo above is me being slightly menaced by the giant blue bear outside the convention center, but it turned out he was just the curious type.

Outside of the conference, I walked. A lot. Denver was a great town to explore, and I’d like to visit again, even if it doesn’t include the massive HOWie pub crawl next time. The day I arrived I was able to swing by the Chalk Art Festival and People’s Fair, which were a nice surprise. Later I stopped by the Denver Art Museum and spent a few hours over at Red Rocks Park before my flight left on Thursday. And I took a ton of photos with my dinky little point-and-shoot camera, most of which are still dumped into a big heap on my hard drive. But here’s a taste of Red Rocks: 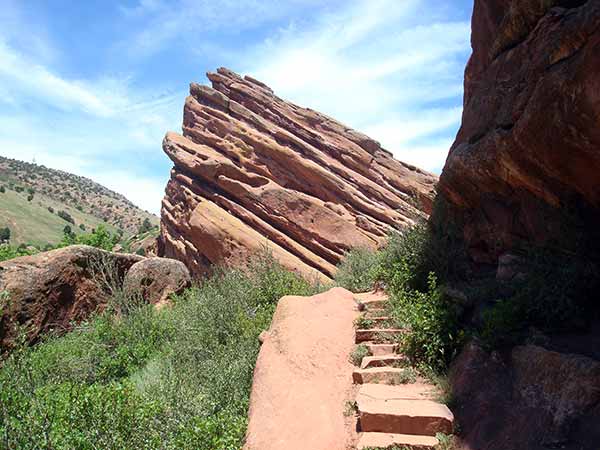 I’m back home brimming with ideas and inspirations, and more than a little worn out. This week I’ll be trying to assemble all the little bits and pieces floating around in my head and form them into concrete plans for the future. Meanwhile… time for a nap!