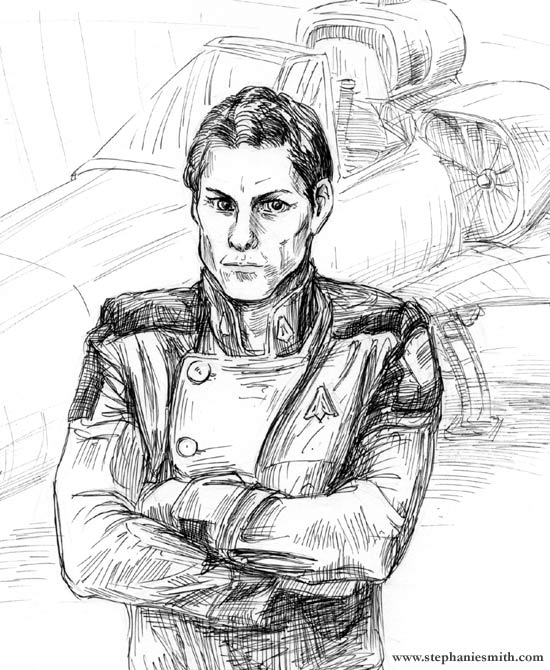 Excuse me for getting a bit fangirl for a moment, but while I was pondering this week’s Illustration Friday topic we were sitting down for a rare evening in front of the TV. We’re still working through the first season of Battlestar Galactica. Actually, I was more interested in drawing the senior Adama because Edward James Olmos has such an interesting face, but technically he’s the Commander so I drew his son Captain Adama instead. Just a relatively quick drawing from a photo.

I didn’t do any tracing, but I don’t usually work directly from a photograph like this. Athough I use photos a lot for reference, particularly when drawing a particular type of animal or specific bit of scenery, I usually end up straying pretty far from the source. I prefer to use photos to get a good enough feel for my subject that I can “pose” them however I like, but that’s a lot of work for such a quick portrait – and this one was pretty quick.